Stay tuned for upcoming events for JIVE Turkeys in near future.
View 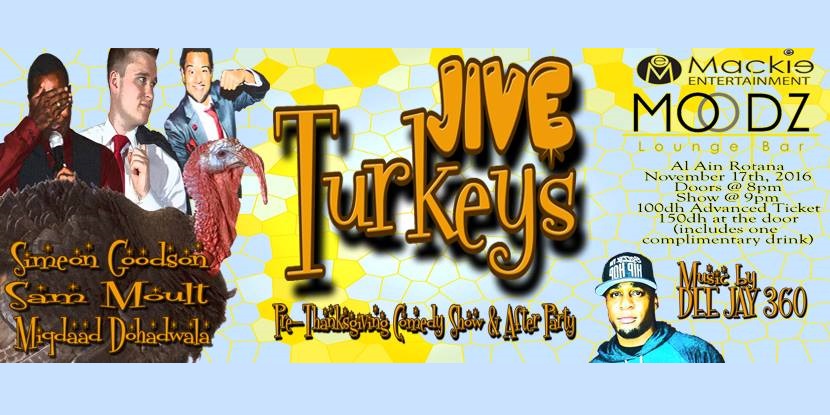 "Simeon Goodson should be a household name in comedy" -Huffington Post, May 2015 Simeon Goodson is a native of Brooklyn, NY who has been performing in the comedy clubs, bars, and alternative venues of New York City since 2004. He has performed at a variety of world famous venues including Caroline's on Broadway and The Brooklyn Academy of Music. In addition, he has performed across the United States with the "Comedy's Best Kept Secret Tour" and as the opening act on the Hannibal Burress "Comedy Camisado Tour". In August 2015, Simeon moved with his family to the United Arab Emirates to further expand his worldview. Diving head first into the local comedy scene, he was the winner of the Dubai Comedy Festival’s Beat the Gong contest and continues to perform regularly with local and international talent in the Middle East. www.InSimWeTrust.com